Tottenham headed into the second leg of the Chelsea clash knowing that they needed a miracle to overturn a 2-0 deficit that they suffered at Stamford Bridge.

A much-changed Antonio Conte side had that hope almost extinguished early however, as Antonio Rudiger turned the ball home from a Blues corner, and turn the uphill struggle into something of an impossible climb.

Antonio Rudiger gave it to the fans after putting Chelsea ahead of Spurs 😤 pic.twitter.com/shnYie3N8j

And, in truth, Tottenham were poor. However, despite Chelsea’s dominance it was arguably the Lilywhites that had the better chances, with Emerson wasting a glorious opportunity and Kane failing to connect with a ball from a yard out on the stretch.

As a result, they will need three goals in the last 45 minutes of the tie without reply in order to force extra time, and to prevent them from crashing out of the cup.

Spurs fans single out one man as particularly poor

However, amid the poor performance, one man in particular stood out as especially poor in the first half.

The player in question? Davinson Sanchez.

As can be seen below, many were in disbelief with his performance.

When I said Davinson Sanchez is shit, I meant worse than Lovren

Davinson Sanchez, man. Just do something competent. Anything. Please.

Davinson Sanchez is legitimately awful, isn’t he? I’ve really tried to have patience with him and I honestly did think he’d be very good but… nah

How the hell is Davinson Sanchez a professional footballer?? #thfc #LoadOfRubbish

Over the last 5 years, very few signings have been as bad as Davinson Sanchez 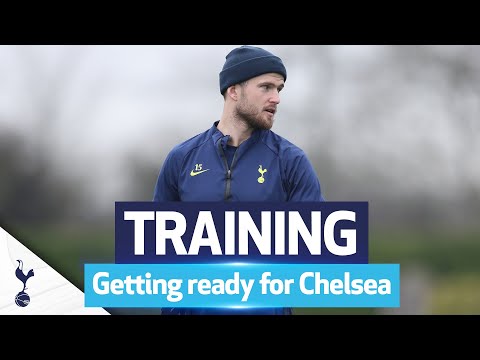 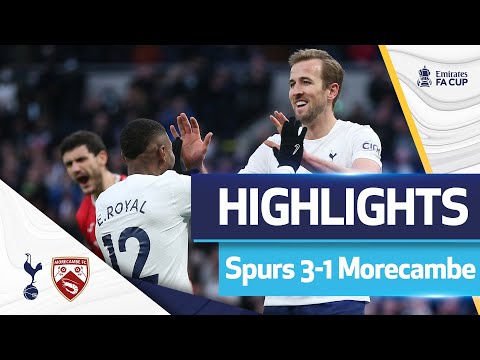 Winks WONDER GOAL! Did he mean it?! | HIGHLIGHTS | Spurs 3-1 Morecambe

Roy Hodgson is on the verge of coming out of retirement and taking charge of Watford, according to reports.

Understand Roy Hodgson will be new Head coach on short term deal until end of the season, assisted by ex-Watford boss Ray Lewington. Hodgson previously worked for Pozzo at Udinese in 2001. Due to meet players today. @TheAthleticUK https://t.co/S733JUpO2W

The 74 year old retired from management at the end of last season, when his reign at Crystal Palace came to an end, but has seemingly been enticed back into action following the sacking of Claudio Ranieri.

As per the Athletic, the deal will see him take charge of Watford until the end of the season, while Ray Lewington will once again be his assistant coach. With experience in the Premier League and experience working with Watford’s notoriously short-fused owners, Hodgson could well prove to be the miracle that hornets fans have been praying for.

What’s the situation at the bottom?

Watford currently sit in the relagation zone, and their 3-0 defeat to direct rivals Norwich have seen them slip down to 19th place. Burnley, the side below them, have two games in hand too and trail by just two points.

Additionally, both Leeds and Everton (15th and 16th respectively) have been performing well below their usual level thus far, and will surely be expecting significant upturns in form over the last 17 games of the campaign.

Newcastle are spending big to try and avoid relegation too, but it seems likely that should they survive, Watford would be the victims and would be spending next season in the Championship.

While it by no means an impossible job for Hodgson, it is perhaps one of the hardest of his long and illustrious career.

Lampard, Allardyce and the early favourites to be named Watford’s next boss

Revealed: The impact Man United missing out on top-4 would have on Cristiano Ronaldo’s contract