Chelsea news: Lucas Digne is one of the best left-backs in the English Premier League at present.

The 28-year joined Everton for £18 million from Barcelona in the summer transfer window of 2018. He played 113 games for the Merseysiders thus far, scoring 4 goals in the process. The France international player won the Everton’s Player of the year during the 2018-19 season. However, his relationship with manager Rafa Benitez has broken out in recent weeks. However, he is expected to leave Goodison Park this transfer window.

Lucas Digne linked heavily with a transfer to Chelsea over the past few weeks. The France international is seen as a potential replacement for Ben Chilwell, who is set to be on the sidelines for the rest of the season with an ACL injury.

Furthermore, it has come to account that the Blues don’t want to execute the offer beyond a loan deal for a new left-back this transfer window. Whereas Everton prefers Digne to leave permanently this month rather than on a loan deal.

Ben Chilwell, Marcos Alonso, Baba Rahman, and Emerson Palmieri are the four senior left-backs currently on the Blues’ books. Signing a new left-sided defender permanently this window will mean Thomas Tuchel may have to deal with five left-backs at the start of next season. Apart from Chelsea, Newcastle United, West Ham United and Aston Villa have shown interest in signing the France international in recent weeks.

The Blues are trying to recall loanee Emerson Palmieri from Lyon. Thomas Tuchel has identified the Italy international as the perfect candidate to take Chilwell’s place in the team for the rest of the season.

The Londoners recently approached the French club to terminate Emerson’s loan. However, they have refused the Blues’ request and are adamant to keep Italy international for the rest of the season. The reigning European champions are reportedly pushing again to convince Lyon FC and are ready to offer them compensation.

Emerson impressed since joining the French club on a temporary deal at the start of the current season. The 27-year old played 14 Ligue 1 games so far, scoring one goal.

In addition to Emerson, Baba Rahman and Ian Maatsen are other loanees whose names are currently being monitored for a recall by the Blues.

What did Thomas Tuchel say about Emerson?

When asked if the Blues are trying to cut short Emerson’s loan deal. Tuchel said: “I don’t want to lie. We are looking into the situation because we have now a new situation with Ben Chilwell.”

”One of the possibilities is a player we know and we love as a person, Emerson. But we need to check the details. We are discussing and reflecting and this will go on for the next days, maybe weeks.”

The London-based club is currently behind Manchester City in the English Premier League table with 43 points from 21 games. They will lock horns against Tottenham Hotspur in the EFL Cup before facing Manchester City for a league game this weekend.

Chelsea are in a tough place right now after a run of poor performances and bad results. After watching the draw with Brighton this week you got a real sense of feeling that something just wasn’t right.

Pundits such as Alan Shearer and others, highlighted the fact that they felt there is dressing room unrest due to how the players looked so disinterested and had no intensity. This is a good point raised.

However, Thomas Tuchel claims that his players are tired and fatigued after going through a busy schedule with injuries and Covid-19, and this is factual. But will these excuses wash with the board? We all know their history. I don’t believe he is in any kind of trouble at all for what it is worth, and I feel that the club are still totally behind him.

But then again if they are ‘behind’ him, why have they known about the injury to Ben Chilwell since November the 23rd, yet here we are in at January the 19th and the club have still yet to bring in any cover for Chilwell? 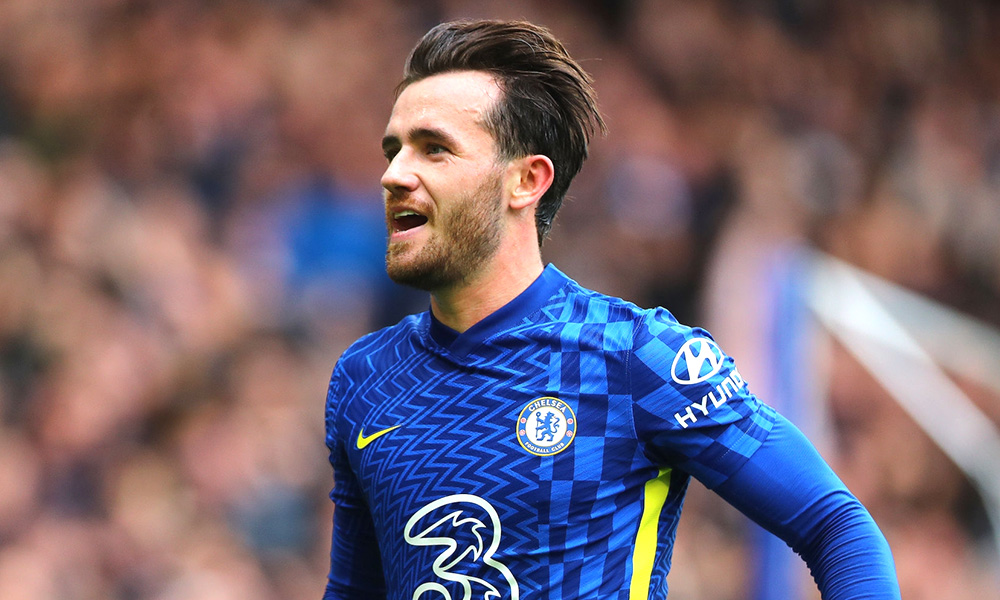 Not only that, we have been without Reece James as well since the start of the year so valid arguments claim that we should even be giving Tuchel two new wing backs this month to strengthen his squad back up seeing as though wing backs are absolutely KEY to his system.

But no, nothing at all apart from some attempts to bring a player back who they loaned out in the summer adding an option for his new club to buy him. Emerson Palmieri of course, and I feel he will still be the guy arriving.

But during our bad run of form through December and January, I believe Tuchel could have had a MUCH better chance of avoiding it if he was given his desired wing back cover, what he felt he needed, and how many players he felt he needed to come in, the minute this transfer window opened 19 days ago.

The board have failed Tuchel here and who knows, maybe his tiredness comments are an indirect message to the board? If tiredness is the reason for poor form, then why on earth have we not corrected that by signing players so far this month? At the very least a new left wing back should have come in and filled the huge void of Chilwell.

It’s bad operations once again in my view.

Chelsea news: Ben Chilwell suffered an ACL injury during the Blues’ UEFA Champions League victory against Juventus in late November. The England international underwent successful surgery on his knee last month and is unlikely to play again this season.

The London-based club struggled without his presence, winning just three league games since his injury. Thomas Tuchel currently has Marcos Alonso as a backup to Chilwell in his squad. But the Spain international failed to fill Chilwell’s shoes so far.

According to reports, Chelsea are reluctant to commit beyond a loan deal for a new left-back this transfer window. Thomas Tuchel is currently monitoring his options both in the transfer market and within the club to replace Chilwell for the remainder of the season.

His first choice is recalling loanee Emerson Palmieri from Lyon FC. However, the French side are reportedly refusing to terminate the Italy international’s loan deal despite the Blues being ready to offer them compensation.

Ian Maatsen and Baba Rahman are other loanees whose names are also under consideration for a recall.

Besides that, academy starlet Lewis Hall impressed during his debut for the Blues against Chesterfield in FA Cup on Saturday. He is also viewed as a possible option to fill Chilwell’s shoes for the rest of the season.

Meanwhile, the Blues have shown heavy interest in signing Everton’s Lucas Digne in recent weeks. But the Merseysiders only want to sell Digne permanently rather than let him leave on loan, which makes a deal very unlikely. Apart from Chilwell, AC Milan’s Theo Hernandez and Ajax’s Nicolás Tagliafico are other left-backs linked with a transfer to Stamford Bridge this window.

What did Thomas Tuchel say about left-back situation?

Speaking to the media recently, Thomas Tuchel provided an update on the club’s left-back situation. He said: “I will not give you any details from that but in general I will not hide from the fact that we have a long-term injury to Ben Chilwell as our left wing-back who will miss the season. We know Emi, we appreciate him as a player and person in general.

He added: We need to evaluate the situation. We are looking into it on this position. Emi is one of the options. I will not comment further.”

Chelsea progressed to the next round of the FA Cup by defeating Chesterfield United 5-1 at Stamford Bridge on Saturday. Thomas Tuchel’s side will now play Tottenham in the second leg of the EFL Cup before playing Manchester City in an EPL game on January 15.

Chelsea’s wing-backs are integral, which is why we need quality replacing Chilwell – Talk Chelsea

The awful news hit on Tuesday lunchtime that Chelsea are now likely to be without left wing-back Ben Chilwell for the remainder of the season after the decision was made to send him for surgery on his ACL injury.

It’s bad news for Chelsea as well as Chilwell, with the England international becoming a pinnacle part of our good form since before his injury.

Chilwell and Reece James in either wing-back position have become so important to how Thomas Tuchel likes to play, with this position perhaps being one of the most important on the pitch.

They need to be quick, and good at attacking as well as defending, and most importantly be able to find that pass or that final ball. Chilwell was doing this perfectly and his loss has been so noticeable since he got injured. With all due respect to Marcos Alonso, he is no Chilwell and he really lacks the pace that a wing-back in this system needs.

Chelsea need to replace Chilwell with quality, because we cannot go for the rest of the season relying on Alonso, and say an Ian Maatsen or Emerson Palmieri if Chelsea decide to recall one of them. Don’t get me wrong, Maatsen is quality and will be a top player in years to come, but at the same time having just him, at the age of 19, and Alonso as our main left wing-back options for the remainder of the season doesn’t fill me with belief and carries a real risk element.

We need a proven top left wing-back, and for me I’d not be looking any further than Everton’s Lucas Digne, who we are now being heavily linked with. He is great in attack and has the pace and creativity to for what we need in this system in what has become a specialist role for us.

He has experience at the top level and experience of playing in the Premier League, there will be no concerns on whether he can adapt like we have had with Saul Niguez, and the move would be very low-risk if Chelsea were able to get him on a loan-to-buy deal.

Chilwell is also our number one left wing back and he will remain that way on his return, so we can’t exactly go out spending another £50m odd on a world class left back in my view, I think we need to be looking at a lesser risk option like Digne. We have other more pressing areas on the pitch where we could use that £50m.

To sum up, we need a top quality option but within reason.